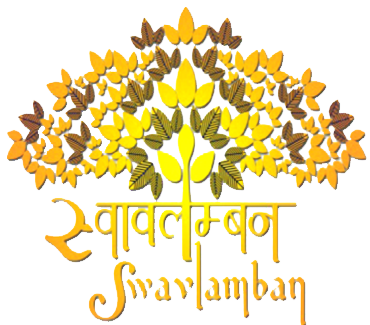 The Rights of Persons with Disabilities (RPwD) Act, 2016

Recognizing that the Persons with Disabilities constitute a valuable human resource for the country and that a majority of such persons can lead a better quality of life if they have equal opportunities and effective access to rehabilitation measures, the Government, with a view to create an environment that provides such persons equal opportunities for protection of their rights and full participation in society, formulated and brought out the National Policy for Persons with Disabilities.

2. With focus on Prevention of Disabilities and Rehabilitation Measures, the Policy provides for the following:-

I.      Prevention of Disabilities

II B. Education for Persons with Disabilities

III.    Provisions for Women with Disabilities

IV.   Provisions for Children with Disabilities

IX.   Collection of regular information on Persons with Disabilities

XII.  Amendments to existing Acts dealing with the Persons with Disabilities

5.       The following mechanism is in place for implementation of the National Policy:

i. Department of Empowerment of Persons with Disabilities, Ministry of Social Justice & Empowerment is the nodal Department to coordinate all             matters relating to implementation of the Policy.

The Convention was adopted by UN General Assembly on December 13, 2006 and opened for signing by the State Parties on March 30, 2007. Adoption of the Convention has really imparted empowerment to Persons with Disabilities across the globe to demand their rights and make State, private and civil society agencies accountable for enjoying their rights.

a) Implementation of the provisions of the Convention;

b) Harmonization of the country laws with the Convention and

c) Preparation of a Country Report.

3. Taking concrete measures for effective implementation of the Convention, all the concerned Central Ministries were requested to implement the provisions of the Convention as might be applicable to each of them. Similarly, all the Chief Ministers of States and Administrators of UTs were also requested to examine different provisions/obligations under the Convention as might relate to them and to take effective steps for their early implementation. The State Governments/UT Administrators were also asked to furnish a status report in this regard so that the same could be utilized towards preparing the Country Report. Rigorous monitoring and follow-up was being done in this regard so as to fulfill obligations of the Convention. India’s First Country Report was submitted to UN Committee on Rights of Persons in November, 2015.

2. The Incheon Strategy to make the Right Real for Persons with Disabilities in Asia and Pacific sets out the following 10 goals:-

3. The Incheon Strategy spells out Action Plans at the regional, sub-regional and regional levels to achieve the above goals and also contains the core indicators for tracking the progress of implementation.

5. Subsequently, high-level inter-Governmental meeting was held on mid-point review of the Asia Pacific Decade for Persons with Disabilities in Beijing from 27th November to 1st December, 2017. After deliberations in the meeting, Beijing Declaration was adopted which outlines action plan for the State parties to achieve the targets of Incheon Strategy in the next five years.

(i) Research and Development of assistive technology and product development devices; and

(ii) Scheme for study/research/survey/internship and periodical collection of data related to disability. The State Governments, the national institutes under the Department have been requested to submit their proposal in accordance with the scheme. Until 2017-18 the scheme was implemented as a standalone scheme of the Department. From the year 2018-19 it has become part of the umbrella scheme SIPDA.

2. The Department has developed guidelines for grant of financial assistance for R&D projects under SIPDA.

3. During the year 2015-16, 22 proposals were received in the first phase out of which 4 proposals were approved by the Dept. However, only 2 agencies namely M/s Vision Foundation and AMU subsequently signed requisite agreement to undertake the project submitted by them. Accordingly, and amount of Rs. 4.80 lakhs has been released to these agencies. In the 2nd phase out of 13 proposals received in the dept. 6 proposals have been approved by the Steering Committee with a total; cost of about Rs. 99 lakhs.  An amount of Rs. 40 lakhs will be released during the year 2015-16 for entrusting these 6 projects to the concerned agencies towards first instalment.